With Scan4Chem, consumers can use the barcode of a product to obtain information about substances of very high concern (SVHCs) in a product. Thanks to the constructive feedback of users, the app has been improved with new features and a new version is now available in the Google Play and App Store.

The Scan4Chem app, developed by the Luxembourg Institute of Science and Technology (LIST) in the framework of the LIFE funded AskREACH project, was launched in November 2019. This app helps consumers and citizens protect themselves and the environment from chemicals of very high concern by providing or requesting information about the presence of such substances in products such as toys, sports articles, furniture, electrical appliances, clothing, etc. Substances of very high concern (SVHCs) are chemicals that are, for example, carcinogenic, mutagenic, toxic to reproduction or particularly harmful to the environment.

By September 2020, the app has gained success among the Luxembourgish consumers with more than 1600 downloads on the Google Play and Apple Store.

In the course of the past year, the app developers and the project team have received valuable feedback from users. A selection of the most requested features have now been incorporated into an enhanced version of the app to serve better the European consumers. The app will soon be available in French and German, in addition to English. With these new features incorporated, a new version of the app is now downloadable – for free – in the Google Play and Apple Store.

The developers at LIST would like to thank Scan4Chem users for their constructive feedback! We hope you will continue to enjoy the app even more with these new features. Happy scanning! 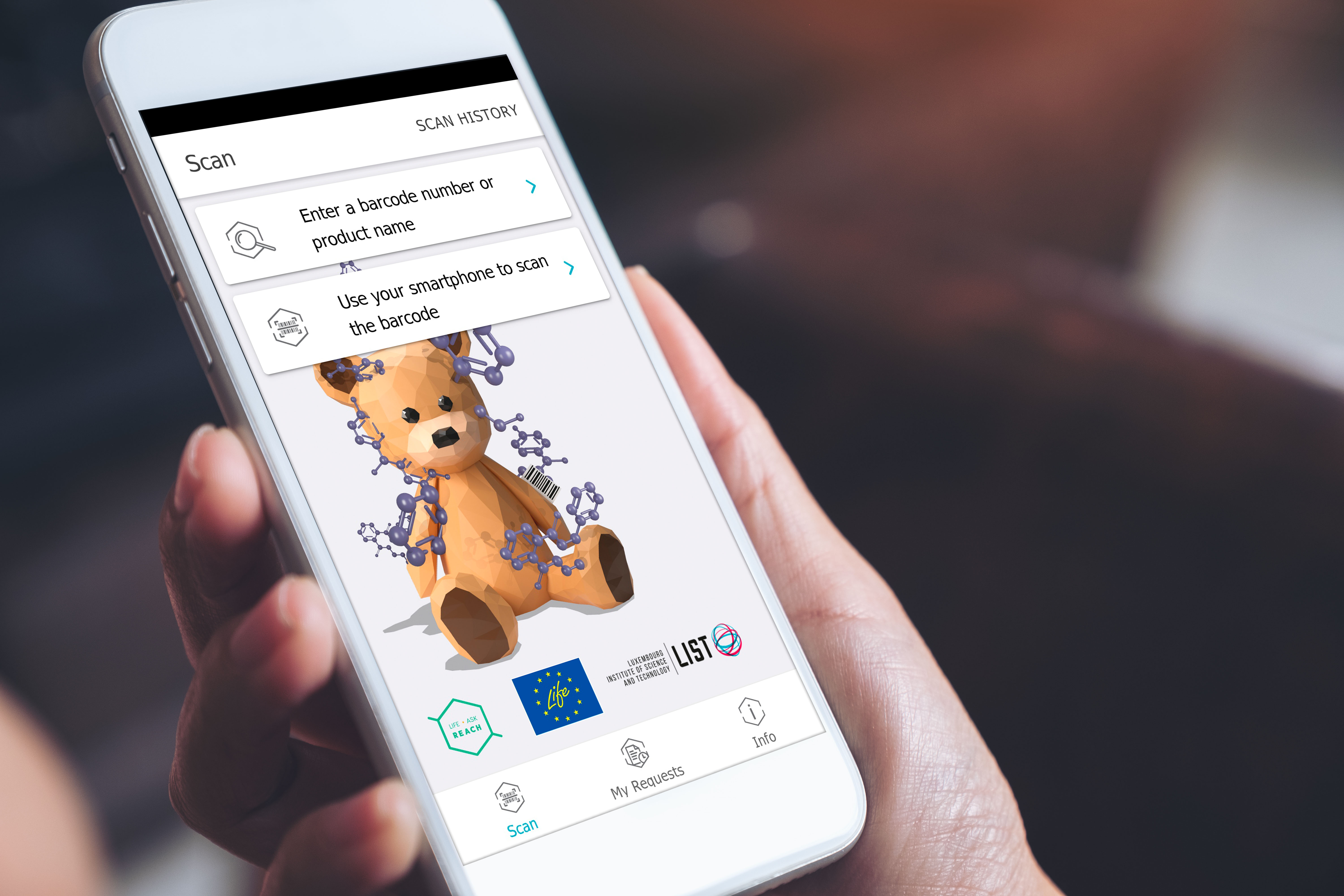